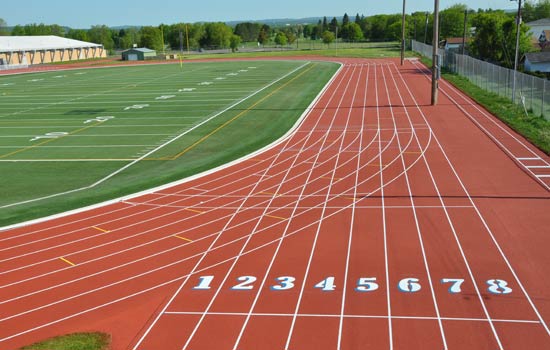 The Theory of Relativity

Subtitled : why I won’t miss you.

I’ve been thinking a LOT about missing people lately. For a whole bunch of reasons. I’ve been thinking about it relative to each one of my close friends, and each case is different. Which makes me think that you don’t simply miss people because they have gone away. Missing someone is actually really complex and weird.

For example, I have noticed lately the feeling of missing someone who is on vacation, yet they already live thousands of miles away?  I get the feeling that people are going to miss me when I leave, yet I’m right here all along. Why do I have different feelings talking to my friend if she is in California rather than Port Credit? It’s still a conversation. Its still relevant and up to date. It is still something to add to our collective story. So why is it different? How is it that my closest friend lives thousands of miles away and has for years, yet we talk every day, sometimes several times a day. I haven’t seen her for a year and I probably won’t for another 6 months, yet our conversations will not change in frequency or duration whilst I move across the globe. (Although I won’t have the luxury of bluetooth and hours in traffic).

Imagine if you will, a track. Like a running track. An oval. I think. From back in high school. Imagine you are in the middle lane. And you stay there. That’s your lane. You look to your left and there is your mom, and to your right, there is your best friend. Glance over a couple lanes and there is your co-worker, and way over on the outside lane is the crowd you see at the gym every morning. Up there in the bleechers? Those are your old friends, your grade school principal that you still see on Sundays, some forgotten acquaintances.

You take a couple laps around the track and you realize that some of the people have changed lanes. Your mom has moved over one lane. Farther away from you. She’s been really busy with your brothers kids lately.  And your co-worker has moved a lane closer in. Probably because you have been traveling together. Your best friend still occupies the lane next to you, but she’s running a little fast these days, and you have to work to catch up. You notice that some of your other friends have fallen behind and seem to be losing steam. You slow down a little to give them some encouragement, and then take off at a run to catch up with your bestie.

Hell I have a friend who lives far away. I can count the number of times we speak in a year on one hand. We exchange the occassional email. But every email, and every communication we have, no matter how few and far between, is filled with all the friendship and love I feel for that person. She was present at my 40th and she was present at my 50th. She is always, always in the lane next to mine. Just a distance ahead or behind is all. I don’t actively miss her, but I sure look forward to the times when we are running at the same pace. Will I sob and feel blue every time we part? We can’t afford that kind of drama. We’ll meet again.

The people I miss are the ones that are right beside me in the next lane on daily basis. The ones that are picking up my slack and helping me get by. When they lag behind or surge ahead, I miss them. But it usually evens out in time.

Will I miss the my neighbour-family? Hell ya. Absolutely I will. But I will miss them less now than I would have 3 years ago. Now? They have two little kids, a very respectable business and a brand new house. So instead of me dropping by and blowing words past each other, we will Facetime a couple times a week and have a decent conversation. I’m ok with that.

Listen. I have left places way too often, and said goodbye so many god damn times, only to turn around and be sharing an office with the same person 16 months later. There is no point in saying goodbye to people. Once someone is in your life, they have staked a claim and they will never be truly gone. The degree to which you will miss them is entirely dictated by which lane they occupy. And that will change constantly over time.

There are some folks whom I haven’t seen for years, that I genuinely hope will come to Morocco and look me up so that we can get together and share a new experience. I would love that. I really believe that people come into your life for a reason blah blah blah, like the meme says, but I also believe that your heart is composed of certain people and you need them to remain who you are. For better or for worse.

Speaking of relativity; I once knew a girl who worked at the same place I worked at. Different department. Different circle of friends. Some overlap. A few paths crossed. A mutual  respect developed. Some 20 years later this person called down from the bleechers and said “Hey, Pretty Kathi, I have always wanted to go to Morocco and for some crazy reason I think you should be the person who goes with me”.

And the rest, as they say……is yet to be written.