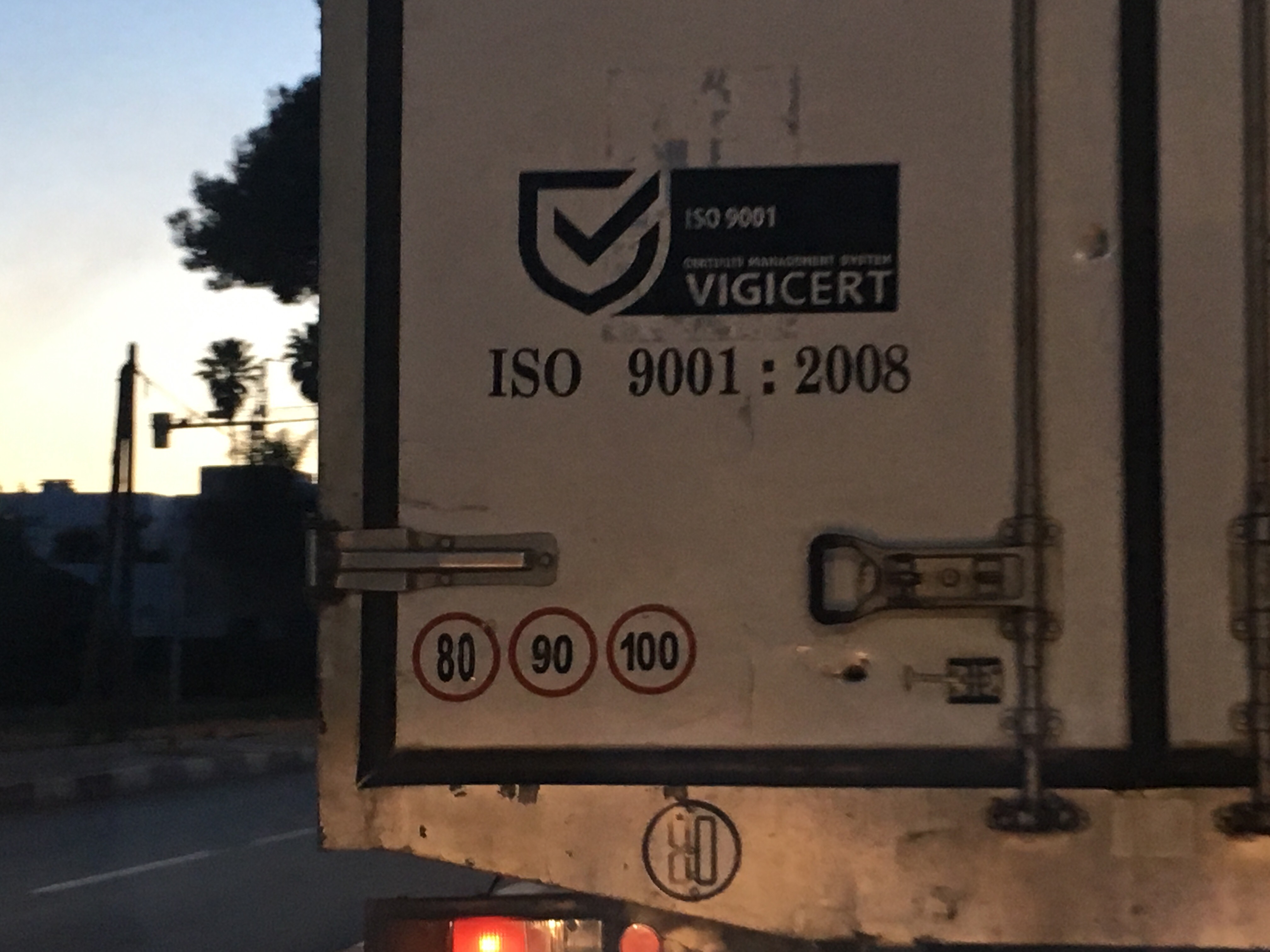 This afternoon we left Rabat, the capital of Morocco and home to the King and we took the highway to Marrakech. It’s a three lane each way affair. Nicely paved and in good condition. We paid around 150 dh in tolls along the way. ($21 Cdn)
Aside from the tolls (sensible) it was not unlike a Canadian highway. Except that the Moroccans have not discovered the concept of the shoulder check. With or without a turn indicator (primarily without) they just drift into the next lane. Drift. No looking back and no concern for their own future or ours. Just over to the next lane. Which keeps you on your toes at the best of times and God help you if you are in the middle lane and they do it on both sides at the same time. (Yes, that happened.)

Sometimes (ok that is a generous term) MOST of the time you need only look around to find someone riding the white line. Lane? What lane? I don’t need a lane. I have noticed, even when I was here in October, that Moroccans tend left when driving. They like the middle of the road. Given the size and conditions of some roads this is actually pretty sensible. (I just looked up from my phone where I am typing this, to find we are riding the white line. No traffic around of course.)

I looked up at a pedestrian overpass at one point on our way and saw the smoky late afternoon silhouette of a woman walking two cows in front of her across the covered walkway.

A mile down the road I saw a car pulling away from a traffic stop and 3 uniformed policemen standing at the roadside. With no vehicle in site. Where the hell did they come from? And how did they stop that car? What the? What?

Not on the highways but on the roads into and out of towns and seemingly rather randomly, there are police stops that are set up and they stop people for reasons I am not aware of. I have seen some people out of their vehicles and pointing at broken tail lights or showing identification. We never get stopped because I am clearly a tourist. But it is very common to see police like this. In great number and very sharply dressed in what I associate with “dress uniform”.  These can be really elaborate set ups too. They have one fellow at a table sometimes with a ledger book making notes.

By law they have to slow you down, so as you approach you will find a sign that says 80, then 60, then 40 then 20 then STOP. They will then wave you through or no. I have seen a fair number that are clearly expecting trouble, where they have nail belts set up and pulled halfway across the road in both directions. You are expected to zig zag through them and the nail belts are marked with little traffic cones. This is mostly in the south part of the country. I haven’t taken any photos of these blockades because I don’t think you are allowed to photograph the gendarmarie and I certainly am not one to tempt fate.

Another little Moroccan traffic oddity which makes a whole boatload of sense is the speed limit sticker. (I made that name up, I don’t know what it’s called.) I had noticed many trucks with stickers on the back reading “80”, “85”, and “90”. In some configuration or another. I learned that these are in fact personal speed limits that the driver has earned. When they learn how to drive the truck they are not permitted to drive over 80 km/hr.  They can then graduate over time and earn higher limits. Some personal automobiles have these but not many. It typically indicates a newer driver.  Apparently (although I have never seen one), there is a “60” sticker. That is for really new drivers and it means that you have to stay well back and leave them alone. If they make a mistake you have to forgive them quickly because they are new and they don’t know. It makes good sense!

Clearly there is no sticker that can be earned for indicating turns or shoulder checks. In any country. (Insert long sigh and eye roll here.)