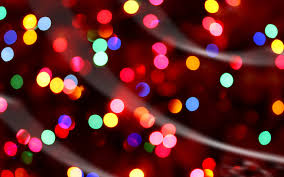 So here it is Christmas time and around again comes my weird and indeciferable relationship with this holiday. In case you don’t know me – I hate this season. But my feelings about it are not just simple disdain. It’s far more complicated than that. And it goes back years and years.

In my family, my brother died the year before I was born. So we have always had a holiday that stabs like a knife because in my entire life there has always been that empty place at the table. This hole continued over the years as we lost my Uncle Doug, my grandparents, my other brother and then finally my mother and then my father. This year I will miss the card from my Aunt Winnie who we lost in January. Worn down to the nub. Literally. My family holidays revolved around dinner with or at my parents. So without them, we scattered, shattered, tried and still try to make something of this holiday. Until I finally tapped out a few years ago. No Christmas for me. Not attending. Some cried. Some were ok. Everyone survived. This year so many of my friends are dealing with an empty seat at the table, whether a lost loved one or a stolen one. And its AWFUL.

I hate the pressure that has been instilled by years and years of relentless programming. There must be pretty lights and colors and beautifully wrapped gifts to stimulate the eyes. There must be relentless Christmas carols and hymns from our earliest memories to attack the hearing. There has to be certain food to make sure the sense of taste is converted and then the smells. There must be pine and cranberry and cinnamon and bacon and Baileys. Not one sense has been left out of this massive conspiracy to seep into every fiber of our psyche and ensure that December 24 and 25th can not be ignored.

Gifts are a thing. Why do we exchange gifts on Christmas? And why do they have to be of a certain quantity and quality. We gift neighbours and teachers and postmen and hairstylists and each other. Why? The cost alone is staggering but the fact that each one must bear some profound meaning. What of the disappointing years when you didn’t get what you wanted? Or the gift from a certain person didn’t meet your expectations of meaning? What if one person gets more than another God forbid.

My mother gave up on gifts years before her death. “You’re getting a cheque”. So if I wanted something under the tree I had to buy it myself, wrap it, for me, for mom, for dad. Fill the stockings. Place them under the tree. And then pretend on Christmas morning that none of that happened and I was so surprised by what I found. It was like unwrapping groceries. Ridiculous.

Then came the years when I was living away from home. Twelve in total. On the years I came home I would arrive to find that they had “saved” the decorating for me. And the food shopping, and the table settling and the gift wrapping. I would have to sit down on Christmas eve day and wrap my own gifts, my mothers, my fathers, and all the gifts my sister had dropped off for her family. I hate wrapping gifts. And what the hell did I do to be the one chosen for no surprises on Christmas morning. WTF? I’m a good person. I didn’t deserve that shit.

So now, long after my parents have passed, I am left with the decision – to put up a tree and decorate it or not? For what? For whom? Can’t I just plug in a string of sparkly lights by the TV and enjoy that? (Yes by the way, the answer is yes. Although I don’t bother with that anymore.) Imagine the horror after all the years of measuring Christmas by the gifts that were exchanged, to wake up Christmas morning and know that no one, not a single person, has bothered with a gift for you. And why should they?  I’m a single adult. Gifts are for kids and families. But the neurosis that comes with not having a gift to open on Christmas morning? The whole lump of coal threat from childhood. Its impossible to ignore and quite horrendous. So I stay away from Christmas as much as possible. I went to a friends one year. But I still had to sit in the corner like a loser, watching other people open gifts and exclaim the “oohs and ahhs” while looking away? Ignoring them? What? What the fuck do you do? It’s weird and not normal and yet it is what it is.

One Christmas I decided to just leave. So I went by myself to Vienna. It was BEAUTIFUL. Perfect city for enjoying all the beauty of Christmas and still be anonymous. I loved it. But the hotel would not hear of me spending Christmas eve alone. They included me in the hotel guest Christmas eve party and dinner. So there I was, standing alone in the middle of a room full of families, holding my drink and trying to avert my eyes from the little groups that had formed around the room. Thank GOD for an older British couple that took me under their wing and dragged me along like a human being. That was a damaging experience.

I tried to get together with my family in January instead, to fulfill the whole familial gathering but to take out the sting. But that didn’t work. Someone wanted to do secret santa. So there came the gift thing again. Which, did I mention, I don’t get? Everyone put in their “order” and we could spend $30 so I got what my secret santa wanted and wrapped it and they opened it like it was some sort of suprise. WTF? Then there was the year that my gift giver couldn’t come because of snow, so here we are in my own house, my family in the living room, me in the kitchen working away alone on the food and desperately wishing Christmas would f*#k the f^%ck off, and they all opening gifts in the next room. Of course there is the one guy at the end that laughs and says “Oh Kathi, ha, you don’t get a gift. You got short changed. HAHAHA”.  FUCK OFF.

So sure, I’ve tried to cobble together a holiday over the years. I tried the tree decorating thing. Once. I tried that family gathering at different times. I tried. A festive neighbours party one year in December. But still alone on Christmas day. I tried going away. I tried staying home. I tried going to others for breakfast, or for dinner. Its a damn shame you can’t ignore it. It’s not allowed. I’m sitting in a Muslim country, with not a decoration to be found, no plans for Christmas but a few Facetime calls scheduled. I will be paralyzed on Christmas day, as I am on Christmas eve. Its 15 degrees, the sun is out, its business as usual, all the shops are open, no one bats an eye here, and still – I can’t seem to shake off this ingrained need to focus on Christmas. A holiday I fail to understand.

Yah yah, love family peace on earth. Someone always gets drunk and ends up yelling and screaming and slamming doors. Peace on earth to you too. Someone always gets more or better gifts. Boo hoo to family. Explain to me again the connection between Jesus and Santa? I don’t get that. Did they meet in a bar?  What the hell does Frankensense and Myrhh have to do with cheese balls and  cranberries? What if the turkey burns or someone is sick or God forbid you just don’t feel like smiling because you don’t get the kids this year – its not your turn. Or your ex is being a supreme dick and committing horrible acts of indecency. What then?

I just don’t get it. I sincerely wish you all the best of the season – with gritted teeth. Because we all know that if it doesn’t go just perfectly that the disappointment felt on this day is 300 times worse than the same disappointment on any other day. And that just sucks. I don’t wish that on anyone. So better I say – good luck to you all. Hope you make it through. And if you don’t this year, we can be absolutely assured we will have another chance to endure next year. Inshallah.