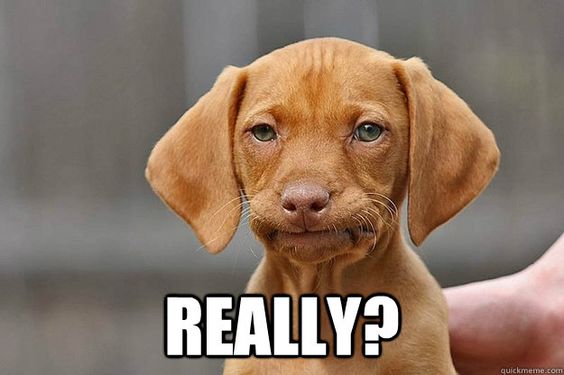 I’m reading and hearing from others that the planets / stars are jammed up somehow. I am feeling it a lot this week. One step forward, two steps sideways.

I think it started when I went to see Ouzoud Falls after a colossal rain event and they were running red. It was an odd sight, but having never seen them run clear it wasn’t that odd. However, since then things have a been a little off.

First, came the bank troubles. I have managed myself down to the last penny. Literally. I don’t know how it happened but I cleaned out one account to pay 6 months rent. Went out for dinner a few times. I bought some things. Saw some people. Sent a friend some cash. Next thing I know I’m clawing at the bottom of my account, waiting for a transfer to come in. Finally I managed to scrape together a bit to tide me over and I went to 4 (four) bank machines yesterday – not one was working. Thankfully my errands all worked out with credit. Still, I have less than $5 to my name, but tomorrow looks promising.

Speaking of credit… It’s getting hot. I stopped into the local furniture store and selected 2 slim Jim wall mounted A/C units. I tried to pay for them on my credit card but the transaction “failed” 3 times. I sat down and called CIBC and after 96 selections and 12 marketing messages I finally got a person. “There are no security holds. I see your transaction for $26.35, and I see 3 transactions for $1,420.” Face palm.

The whole purchasing event was happening in French and Darija. Not a word of English. So the boss man came over to help and finally ran my credit card through the machine 3 more times. Each time handing me a receipt for debits of 4500 dh. None of this adds up to 13,500 dhs x 3. I just stood there and let it happen. No point in even discussing it until I can print off my credit card statement and go back. Not a job for hand signals and half French.

Speaking of half languages… I was thinking of one of my long lost brother’s last night. I haven’t seen him in nearly a month. I made an enquiry. “He’s working. It’s high season. I don’t know where he is.” Then I see him on Messenger. “Hi”, I wrote in my shiny new Darija. “How are you?” An exchange ensues that I thought I was keeping up with. Some of the words didn’t make a lot of sense to me. But I giggled to myself and carried on with my TV show. Then my doorbell rang, and SURPRISE – there at the door was Hakim. In the flesh. I conjured him out of thin air. In he comes and we had the longest conversation we’ve ever had. He’s brushing up on his English you see, and me my Darija, so it was quite nice to communicate with this loved one. I woke up this morning and looked back over his message in the light of day. In re-reading his note it said quite clearly, in Darija, “I’m near your house, I’m coming there now.” Oh. Alrighty then. Apparently “daba” means “now.”

Speaking of showing up…My day began with a phone call. An unknown Moroccan number. Oh no, that never goes well. I answer “hello?” The voice of man speaking very good English greets me back. Nice! He’s calling from UPS you see. The package of goods that I ordered from the UK has arrived. In Casablanca. Would I like to pick it up? “Well no. You see I ordered the package to Marrakech as indicated on the mailing address.” “But Madame, it must clear customs so you can come here and pick it up.” “But Monsieur, I live in Marrakech and I am not feeling inclined to travel 6 hours round trip to collect a package that was sent to me by courier. The very nature of the word courier means to deliver. No?” (Noun – a messenger, usually traveling in haste, bearing urgent news, important reports or packages, diplomatic messages, etc.) “Madame that is a choice you can make. I will send you an email and in the email you may instruct us to deliver your package to your address at further expense to you, once you have paid the customs fees to our bank.” ……….GAH! This is SOOOOOOOO Moroccan.

Speaking of fulfillment… This morning my air conditioning was to be installed. The team showed up and went to work. I was working away in the living room with only the occasional request for my attention of which I gave little. The apartment maintenance man came in at one point and spoke to the crew. I looked up from my work once in awhile, it was all going well. I carried on. For hours. It oft passes my lips that you can only do one “thing” a day in Morocco because you do not ever know how long it will end up taking. Could be 20 minutes, could be 5 hours.

I got the high sign that the unit in my bedroom was working. I went to check it out. I asked the man in classical point and wave, “where is the big boxy part like those other people have on their balconies over there, and there, and that one?” (Shoulder shrug for added effect). He pointed up and over. I realized then that the maintenance man from the building was involved with two of the fellows leaving several times, because the motor unit was installed on the roof of the building. Fancy! And tidy on my balcony. I felt special. (Extra special actually since I was told earlier in the day that I paid too much for the units but I do in fact need special VIP pink fancy air flowing into my house so its all ok in the end.)

Then the boss man beckons to me and explains that the unit in my office is not possible. “C’est impossible. This pipe does not work with the pipe on the roof.” I stared at him in silence which I realized is what I did with my contractor in Toronto when he said something was impossible. I just waited out his thought process until he found a solution and I could go back to my work. This man, however, had not read my playbook. We came to stand off. So I did the thinking. I took him out to the balcony to where a hose came jutting out of my wall and I said, “why don’t you just put it there?” He called to Aziz (I may be making that up), and a short discussion took place. Aziz, who had asked for water several times, was older than all the others, and who was clearly tasked with the roof installation, grabbed the pipe and gave the unmistakable International facial expression for “this is information I needed 2 hours ago.”

Alas, I have pink special air blowing over me right now and it is quite lovely. I would, however, like a complete do-over on this week so far.