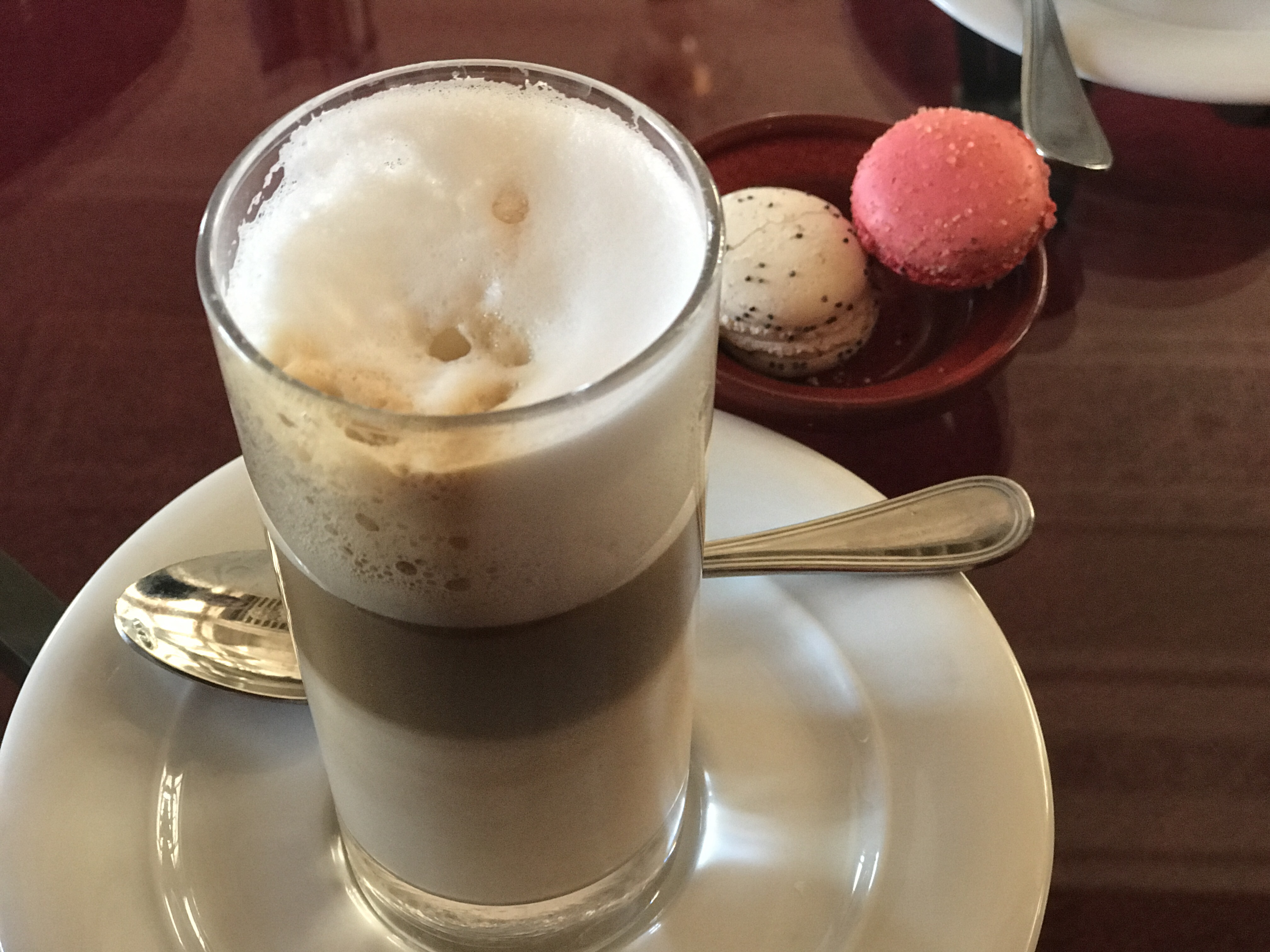 My Quest for the Best (Coffee)

I am a life long coffee drinker. While I don’t profess to be a coffee snob by any means, I do enjoy my morning brew and I have been really struggling lately with this relationship. To the point of almost giving it up. (*gasp* I know).

Since I was in high school I have been a coffee drinker. I enjoy tea in the afternoon, sometimes in the evening, but when I lift my head off my pillow I want caffeine. When I was younger it was an imperative, but as I get older I am finding that I actually have to struggle through it sometimes.

Last year on a trip around Morocco with friends who came for a look-see, I found that one of my friends has such a deep relationship with coffee that he commented on several data points for each and every single cup he drank. There was a ranking system, comment section and dare I say a slight mood change if things didn’t go well. It was at this juncture where I thought to myself, “Maybe I should pay more attention.”

I have always had some struggles with the bean. I seemed to buy whatever new machine Carolyn had. So every trip out west resulted in shopping after a week of testing a new system. For a long time I had a Hamilton Beach pod brewer. I bought my pods online and they came directly to my door in a civilized fashion like shopping is meant to be. I got boxes of coffee, hot chocolate and teas. Please note, I am NOT a fan of flavored coffee or creamer. In fact the least hint of anything hazelnut near my coffee makes me gag. Honestly. It’s a simple taste for me. A little splash of milk and off I go.

Always……milk. I did splurge and buy a frother. I used my frother with delight and giggles. I was always a big fan of slightly foamy coffee and when I realized I could make this at home I was over the moon. So while I did one day have a crisis of conscious and get rid of my coffee pod system in order to save the planet from the empty pods, I have enjoyed having a frother with reckless abandon.

In getting rid of my pod system I had been in the research phase of french presses, pour over systems and Italian stovetop moka pots. I have a lot of criteria for my brewing so research was extensive.  I was at a total strangers house, completely wasting my time professionally (she called me in to tell me that she was perfectly equipped to my job herself….honestly), but she made me a delicious cup of consolation coffee with a moka pot. I went straight home and bought one. (Online of course). And there I stayed for a few years. My first purchase in Morocco was a moka pot and a Nespresso frother! In fact, this summer I brought back a large moka pot because I found that making coffee for more than one in my small pot was not convenient. Now I have two of those. And one in Canada.

Fast forward two years and I start to get the hives back. And my depression worsens. I met a lovely woman who’s name is Lindsey. She is a very talented holistic nutritionist here in Marrakech and Lindsey said, “Lord have mercy rid yourself of dairy girl. Then wait for the miracle.” (Lindsey is from North Carolina in case you can’t tell.)

Uh. No, sweet crazy guru. NO. I can live without cheese, quiche, pizza, panacotta and chocolate mousse. I don’t need things made with butter, slathered with butter and baked with butter. I’ll be fine. I can make ghee. But my coffee! I CAN NOT DRINK COFFEE WITHOUT MILK. No. I batted her away like a fly and carried on my itchy, sleepy, sad way.

I WANTED to be a black coffee drinker. It became apparent to me in the summer when I was traveling with Kate – a dedicated B.C.D. – that it would be WAY more practical. I left small milk containers behind at every AirBnB we stopped at. I always had to hit a store when we arrived to get cow drippings. But I really enjoyed my lattes, my precious nus-nus, my cow milk sweetened delicious caramel coloured beverage.

A few days passed after hearing the No Dairy Proclamation, and I just couldn’t see myself living with the crazy hives and sleeping all the time. So I decided to try it. I bought goat milk, almond milk and coconut milk. The goat milk went really well in the frother, as did the coconut milk, and I was joyful. The almond fell flat.

But I knew full well that I was not going to get goat milk at any cafe and that path was not sustainable. It is expensive, comes in little itty bitty bottles and has a short expiry. But it did help for a short time to get me over myself. Lindsey said I should consider cutting the goat out too. Because…dairy is still dairy. I shuddered and did more research. I was heading to Amsterdam and I knew I needed to pull up my big girl pants and just do it. Be a black coffee drinker, a real B.C.D. I could do this. I would be an actual adult. More research ensued.

The Spanish and Portugese are big fans of cinnamon in coffee. In fact, in the sugar bowls in Lisbon you will find little onsie packs of cinnamon sticks to add to your brew. I tried adding cinnamon to the moka pot but it clogged up the holes and made funny noises while brewing. Hot water under pressure on a stove makes me uncomfortable.

I tried adding the cinnamon to the finished product. Tastes fine but leaves a gritty residue at the bottom and makes your last mouthful a real shit bomb.

I tried adding a little cocoa powder. How ’bout a mocha I thought! Well that REALLY clogged the holes and did’t really make a difference. Not worth the clean up.

I tried a local Moroccan brew that has cinnamon, cardamom, cloves, pepper, anise and some other crazy spices in it. Tasty at first but then it just got to be too much. So I tried mixing that with regular grounds half half. Turned out that was ok. But just ok. And all this time my stomach is saying “Uh, can we get a little milk in here? Take the edge off? It’s hot and bitter and not very soothing.” Poor tummy.

Still I found myself drinking coffee and always making a bitter face. An expression that said, “that was not all that good and bitter isn’t my thing.” Every day I tried different sweetener amounts. One was too little, two was either too little or too much I couldn’t decide. Three was too much. What the hell. I might have to give this up and drink tea.

I did find that when I was out in public and ordered a cafe allonge (literally an elongated coffee) which is espresso with a little water, or Americano, I would add sugar and I didn’t have the same wrinkled up “I just ate shit” face with every sip. So that was something to note. But I don’t LOVE it the same as coffee with milk. I just want a tasty hot beverage damn it.

Finally. Finally I bit the bullet. I went in to Nespresso and asked if they have a recycle program in Morocco. And they do. And they are NICE in there. Lovely people. So I sucked it up and I bought a Nespresso machine. And some pods. And now it sits proudly on my kitchen counter. It gives it that little tiny bit of froth you see. A froth you don’t see on a moka pot brewed black mirky cuppa. I like the froth. I am a slothy froth lover. I am happy now. Finally a convert. For now.

P.S. I did go to Starbucks on Christmas Eve with a friend. We decided to treat ourselves to a Western tradition in the spirit of the holidays. I was gleeful. Excited. I got to the exact BOTTOM of my grande Toffee Nut latte and looked at my friend and said “FUCK. That was ALL dairy! I’m not supposed to have dairy.”  (I had completely forgotten in my excitement you see).

And so I spent the next two days feeling AWFUL, headache, blurry. AWFUL. Dumb ass.