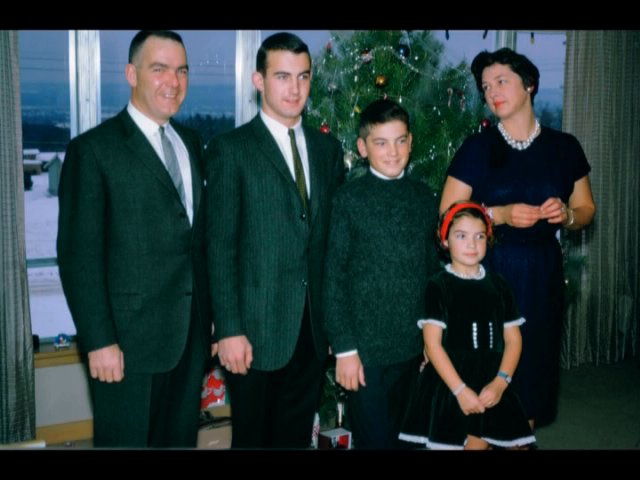 To My Dearest Brother Peter

OR
Curing the Depression

Here’s a thing that happened to me recently.

I have been trying to “manage” the depression that had been impacting my life for the last 10 years. It started 6 months after my mother died and I have been medicated ever since. I am highly medicated and was under the impression that I would just stay this way until I went through some “talk therapy” with a psychiatrist, which is not really practical in my current situation living overseas. Nor, to be honest, is being medicated a practical thing. One of my meds is available here, but the other is not. Aside from the fact that they are costly, they are also pharmaceuticals that I would rather not have in my body all the time.

I came back from Canada last summer with a bountiful case of hives and that set off a chain reaction that landed me in this place today; I’m cured of depression, nary an itch to be scratched and swiftly getting settled into my new normal. I won’t go into ALL the details about what led to this place. There has been a team of people involved: a life/business coach, a personal trainer, a holistic nutritionist and finally …… a magician. I’m here to talk about the magician.

On this journey I found out that depression is entirely controllable by changing neuro pathways in your brain. Nutrition has a huge impact and after fluffing off the suggestion to quit dairy, I am now dairy free, newly and temporarily gluten free, sugar free, and not nearly as angry as you might think. I’m actually handling it all very well so far. I’m fasting 16:8 and back at the gym on the regular. Things are looking up.

This is all new. I have recently had 3 (count ‘em THREE) conversations with people reminding me of my general outlook on life not 6 months ago. Without boring you, it wasn’t pretty. But that has all changed. I am now actively working on finding a physician that can supervise my withdrawal from all my meds. I’d like to say I’m a different person, but I’m actually the same person I used to be. Without the need to stay in bed all day every 3 to 5 days and wonder listlessly what the future might hold.

Let me tell you about “the event” that changed everything. Along this journey I encountered a woman named Annabella. You can find her on Facebook.

Annabella is lovely woman from the U.K. who practices RTT which is short for Rapid Transformation Therapy. Essentially she puts you under hypnosis and does a little regression. This allows the subconscious mind to prance on forward and state its case. You find out all manner of stuff you forgot you knew. That’s exact what happened to me.

After droning on to Annabella about all the things that were wrong with me I said “Now fix it. Just fix it. Wave that magic wand of yours and make it all better.”

I lay back on the divan (sounds so decadent) and got all nice and comfy. She gave me instruction and put me under hypnosis. Now it should be noted that I went in to this process feeling positive but not really expecting the earth to move. I mean – hypnosis right? I had done this years before in some creepy guys office thinking it would make me quit smoking and it did not. I, like everyone else on earth, was under the impression that “I’m not easily hypnotized.” So I was there with my hopeful hat on and a grain of salt in my pocket to stave off disappointment.

If you have never experienced hypnosis before its a little like meditating but less work. You just lie there. You can hear the instructions being given, but you actually start to experience a very, very deep level of relaxation. Deeper that you can imagine. And my loud, obnoxious mind was working the whole time. My monkey brain (the primordial part that was being addressed directly) may have been opening up but I was still talking to myself. “Hey….wait a minute….this is cool” “OMG my eyes ARE sealed shut.” Giggle giggle “Its working.” “I wander if I can scratch my nose? Is that allowed?”

You remain aware of everything around you. At no time are you “out cold” or unaware of your body or surroundings. You are just really really relaxed. And when Annabella would say, “Ok Kathi, lets go back to a scene in your childhood that relates to the reason for your depression,” I would feel seriously anxious about nothing coming to my mind, “what if I fail hypnosis?” But alas, something always came to my mind. She would ask me to describe the scene. One of the scenes I went back to was at Brownies. I hated Brownies! The next scene was at hot dog day at my public school. I was around 6 or 7 y.o. in both scenes.

Then I don’t remember the other scenes. To be honest, I don’t remember at all what came after. That is because all of a sudden my brother appeared. My brother Peter. He was there in some form, I don’t remember, but he was there. We went through the other scenes. All the while lovely Annabella is asking me questions, “Is it day or night? Inside or outside?” I was answering her, but at the same time I was kind of freaking out in my head, because there was Peter and she wasn’t asking me any questions about him, just the scenes I was seeing. But he wasn’t in the scene I was recalling, he was just there. I was incapable of wavering from the answers she required so I just kept replying, but freaking out.

Then she did this thing called a healing vortex. And honestly, the name alone will put off some skeptics but it was amazingly effective. She essentially went through all the energy in my soul and cleaned it right out. WHOOSH. And to be honest, I could feel Peter leaving. Then she did some other work and I was just lying there like a napping cat until she “brought me back” to being fully awake. I sat straight up, looked at her right in the magic wand and said, “It’s my brother. It’s my brother Peter that is the cause of my depression.”

Allow me to give you goosebumps.

This has been my story, all my life. If you were to ask me about my family I was would say exactly this every single time, “I have a sister who is living, and two brothers. One died in 1989 and one died the year before I was born.”

I lived fully with the knowledge of Peter and his death. It was probably not until I was around the age of 6 or 7 when I learned the details of his death and had an actual conversation about him with my parents. An age appropriate conversation. Age 6 or 7. (See ^^^^ above and the first two scenes that came to me.)

Now you have to know that when someone dies, ALL is forgiven. You die and enter a state of perfection. So my brother was referenced for my entire life as an amazing soccer player, an excellent goalie, a great guy, a truly amazing child, excellent at math. He was perfect. And I’m sure he was. It was a lot to live up to. I somehow made it my job to find ways to memorialize him at every turn. I wore his school ring, I have always had a photo of him in my home, I remember his birthday and his death on Facebook. I have actively carried his memory with me my whole life. I have thought of him every single day.

What an absolutely incredible weight I felt I had to bear. I actually believed that it was my job to replace him. To be the continuation. Not me.  Not my life. But the continuation of his somehow.

But here’s the thing. I NEVER KNEW THE KID.

He was never alive when I was alive. I always took that to be the greatest tragedy of my life. But in fact, he never happened to me. His death did not happen TO ME. It absolutely was a tragedy to my familyz, my parents, my sister. But it was not my story. It IS not my story.

All of a sudden, as I sat with Annabella, half a century later and in Africa of all places, I was suddenly completely relieved of my responsibility to bear this tragedy. He is not my story.

Now, if you ask me about my family I will tell you this. “I have a sister. I have a niece and nephew from my eldest brother, who died in 1989.” (And sundry….that’s you Laura and Peter) (my nephew Peter).

That’s it. My parents had a child that died. My sister had a brother that died. I have a sister.

My depression came on after my mother passed. Not because of her death which was monumental in my life and caused excruciating grief that eventually passed. No it was because my job was to help her keep Peter’s memory alive. Once she had passed I had this whole weight that I was bearing and I didn’t know what to do.

The next day after this little earth shattering thing, I was sitting in a cafe having lunch. I took out my phone and wrote a long letter to My Dearest Brother Peter. The words poured out of me like a river.

My coach recommended that I keep the momentum I was gaining by putting together a playlist of songs that were resonating with me these days. I went online and in about 5 minutes found the song “King of Anything” by Sarah Bareilles. Shocking. Every single word – as if it were written for my story. And it has always been one of my favorite songs.

So since then I have felt nothing but relief. I honestly believe the depression has gone. I feel a weight lifted from my shoulders. I don’t deny that my brothers’ death was a tragic one. But the simple fact that I can reframe the story as it relates to me, that I can find a new way of looking at it that is much more realistic for me, the fact that I don’t have to bear the weight of the death of a child that happened before I was even born……that is HUGE.