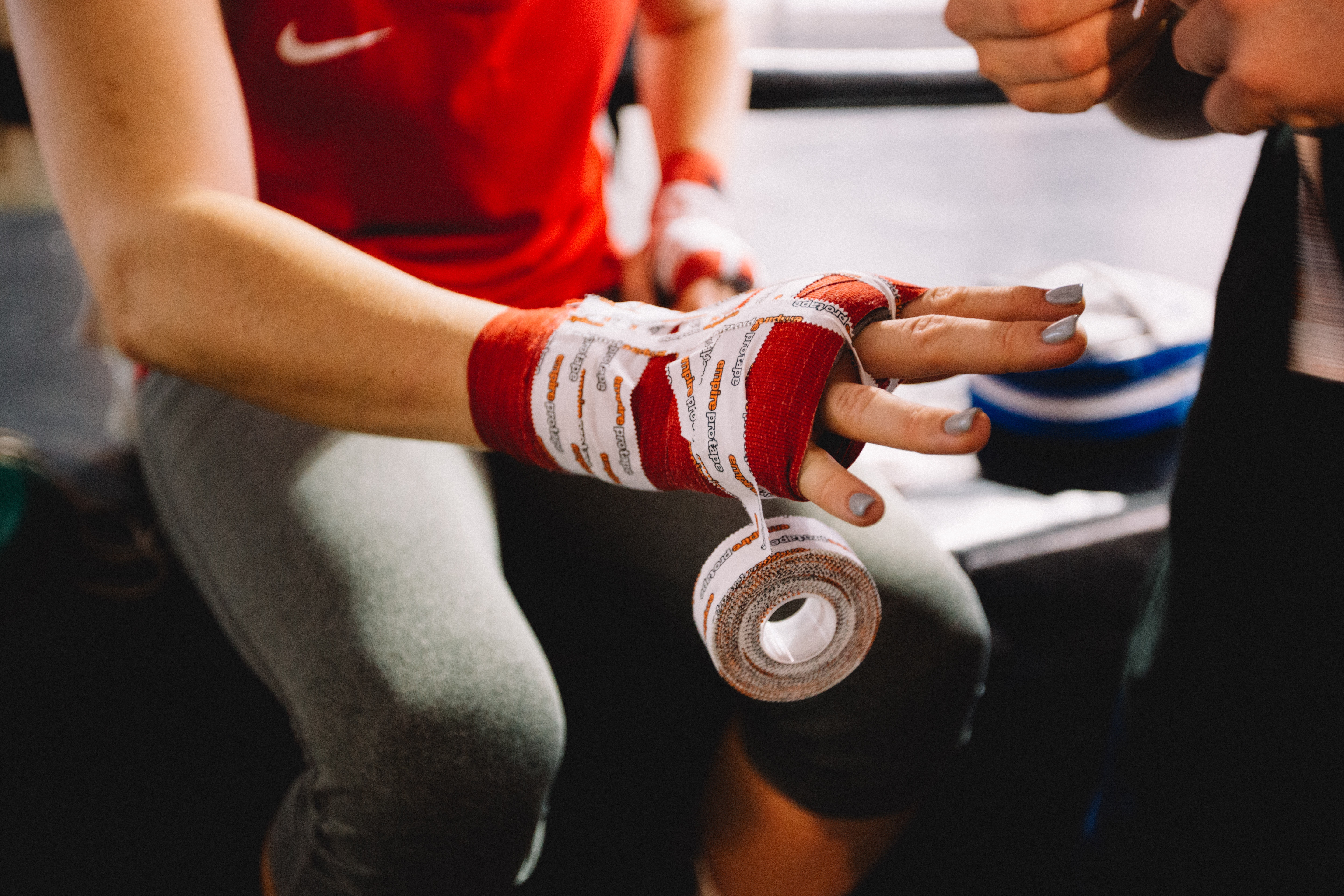 Getting a Carte de Sejour in Morocco

I’m going to do it. I am making it my goal to get my residency card in September. And by September I mean I will apply for it then. When I actually receive “the card” is open to speculation. And no. I am not leaving Canada. I still own property, have finances and a strong connection there. I am just seeking further legitimacy to my situation abroad.

As a Canadian doing business in Morocco, I have been staying here on a gracious lack of enforcement. In Morocco, just like in any other country that doesn’t have specific visa requirements, when you enter the country you are stamped with a tourist visa that allows you to stay for 90 days. After 90 days, (and I mean 90), (make it 89 to be safe), (not 3 months but 90 days) (89, seriously) you are required to leave the country and get a new tourist visa on your return. You may not overstay your 90 days by even one minute or you will face serious consequences when try to leave.

By law, you are able to stay for 2 periods of 90 days per year. Great speculation rages on as to whether that is a calendar year or fiscal year and if the latter, who sets the fiscal year and what are the dates. The bottom line is that if you don’t know, or you have to start counting on your fingers, you are most likely about to violate something, so please contact “an authority” and settle this for yourself once and for all.

I have made my peace with this lifestyle choice and I’m staying. I own a business here and I plan to continue here. It is a requirement that I seek to make this official by Moroccan standards. And so I plan to forge forward and share my findings here and in a subsequent series of posts and updates to make this a palatable reference for others. The only reason I have put off taking action on this task will become apparent to you very quickly. I have been compiling lists for 3 years now but now, this year, this summer, now it is time for action .

The reason I am posting about this, and will continue to post about this, is because this process is one of those ones where there is a clash of cultures, a lack of substantial information, little to no process, a complete lack of understanding, no official word, a blurry “authority” and a ton of speculation. It is simply by sheer will and luck that many of my friends have received their cards. So here we go.

A Few Notes to Get the Thinking Started

You need a residency card or carte de sejour if:

I’m a business owner and so I will focus my information on that. Sorry to the married people, (on so many levels) and the employed people have employers to act as your “authority” so you’re ahead of the game.

I will also comment partly as a ‘retired’ person, because this is another viable option for me to pursue. Apparently, if you can show income from outside the country in an unspecified amount, that may or may not have to actually be in the country, then you are proving subsistence and can essentially “buy” your carte de sejour.

What does it mean to have one?
The primary reasons are two-fold; it makes you “legal”, and it also means you do not need to do the “every 90 day visa run.” The visa runs not only get costly, but after awhile it becomes a pain in the ass to have to schedule it around your life. Such is my issue. (And you can get discounts at certain tourist attractions!)

You can also open a Moroccan bank account. I have a convertible account currently, which I opened with a lease and a passport. It means I can only put money into it by transfer of foreign funds from outside country, not within, and it’s a little expensive to have.

It also means, and this is the part that seems to be widely overlooked by many, that you are now bound by the convention that exists between Morocco and your home country. This is for tax purposes and it allows you to avoid dual taxation. This is also where an “appropriate authority” would come in handy, and where things could be made a bit more clear. Its all well and good to be handed a card that lets me choose my next trip to Europe at my own convenience but if I am going to be bound by an international convention, I would think it would be nice to know those terms no?

Here are the published convention from various common countries: ***

IMPORTANT NOTES (and some ranting let’s be honest)

A Note on Speculation

One lesson I’ve learned in life is that speculation is the single biggest and most dangerous waste of time there is. You spend time making things up in your head and spewing them out of your mouth and making them, therefore, into semi-real things when in actual fact, the by-product of your speculation has ZERO worth in this world. No amount of time spent in speculation is worthwhile. None. Not one second. It is the single most useless waste of time and to be honest, it is a toxic, harmful poison.

When you speculate, at best you are wasting time. For example, I once watched a vlog post where a woman was filling air space (precious time!) with useless words of speculation. “Let’s say you are sitting in a cafe with a book, or your iPad, or your phone, or a pad of paper, or a monkey, or a pot of tea, or coffee, and you are writing, or working, or day dreaming.” I can’t believe I just wasted time making that sentence appear in the world a second time. Sorry, but I was making a point. My point – SHUT UP. “Let’s imagine you are sitting in cafe. PERIOD.”

When you speculate in travel, you are wasting time and energy. Let’s say you are in a foreign city, making your way to a destination, and you come to a cross road. Left or right. If you are with me and you choose left, I will ask you what fact that is based on. I will be damned if I am going to go to the left “because your brain thinks it looks welcoming,” unless there is empirical data to support that choice.

“Kathi, why are you SUCH a bitch about this?” Well. Some situations in life teach you lessons. For example, when my elderly mother was in hospital and I was not in contact with her attending physician, a.k.a  the authority. That teaches you a lesson.

When I started to speculate on her condition, I might as well have been rolling around naked in barbed wire on a bed of salt. Why on earth would I put myself, or anyone else, in a position to experience HORRIFYING emotions that were based on fairy tale-like made up scenarios? And THEN, to share those “thoughts” out loud? Why would I make another human being listen to this wild ass conjecture with no meaning or validity. What if they don’t understand that its not fact and end up believing it? NO. Stop it. #dontspeculate. And if you do, fine, don’t do it near me.

The reason I bring this up here is because some person in this giant world of people, based on a set of a million different variables and circumstances, was denied entry to Morocco recently. It sparked an long post on SEVERAL expat Facebook groups, and the speculation was ass-deep. Property owners, people coming and going, laws that are already laws are now coming into effect based on something that is happening 2 years from now. Fiscal years and calendar years, blue cards, green cards, citizenship and crackle barrel ice cream. It was unbridled pandemonium.

A few people had the good sense to call an “authority” who then said “WTF sister? I don’t know what you are talking ’bout. That shits been law for years. What panic, where?” So. If you read something, and it sounds like it doesn’t make any freaking sense in the world, and 4 people comment with different information, its probably speculation. Carry on with your own good life.

BTW, I write speculate in bold, italics, because there is no font for derision.

Regarding the information in this post: *** I am a women who happens to be sitting in Morocco as I type this. I gave up dairy last year, I enjoy goats and other peoples’ small children. I am interested ONLY in myself when it comes to remaining out of trouble, jail, and context.

DO NOT use the information read here as hard fact. Do your own research before you make decisions. I have never done my own taxes. That is what professionals are for. Please, hire one before you make any life altering decisions. This is a BLOG for entertainment purposes only.