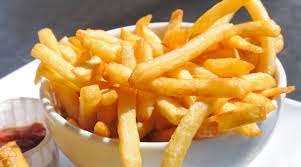 Why I Won’t Be Retiring to France

Ok so I travel a lot. And I have had some really wildly successful trips. Until now. Until I entered French airspace and was disgorged onto the soil of this nation. Then it went to shit. Fast.

While I was in Ireland last week we had some really great conversations about a wide range of topics. At one point I made an observation about “the Irish” and then backed up a little and said “you know, I really hate to sterotype. But its hard, when everyone you meet lives up to the characterization, 100% of the time.”

I mean, a bit tongue in cheek of course. I do think that people from various nations all have similar characteristics and that make up their national identity. Some of it good and some of it bad. For example, as a Canadian we are known worldwide for being very polite. Sorry, but it’s true. And for being incredibly friendly. Also, we are racist as hell against our indigenous people and this is something we have recently recognized and are actively trying to repair. So there, I said it.

The French on the other hand are known for their “joie de vive”,  live and let live liberal attitude. Living the slow life. Being civilized. But also for not giving one fuck for anything aside from being civilized.

So in my little May sojourn from Morocco I decided to check out the south of France. I can live with a little wine and seaside. The slow life as it were. I came here to work, to live and just to look around and be.

My journey to Montpellier was long. I was EXHAUSTED after 7 days of literally running around Ireland. I stopped one night in Lyon. It was nice. But I screwed up my train schedule and ended up being dead tired with 5 hours to kill and in no mood for seeing more churches. I finally boarded a train at 6 pm. Down the escalator to track level and then the announcement in French that there was a track change 5 minutes before departure. No up escalator. Thank God I had just spoken to a women and asked if this was the train to Valence so she could notify me of the change or I would still be standing there.

Took the train to a bus. No place on the train to put the luggage because apparently travelling any distance with luggage is a big surprise. My backpack wouldn’t even fit in the overhead rack. FUCK. I’m Canadian. It KILLS ME to be in peoples way.

No escalators in that station either. It is worth noting that while I am travelling pretty light, my suitcase is 12 years old and itself weighs about 10 kg. So carrying my “dead body” as the girls called it – it’s a spine wrencher. I am going to be replacing it at the earliest luggage store spotting.

Bus to the TGV station. Then that train was 1 hr 30 min late. A nice lady told me to take the earlier late train which was still to come because it was 1 hr and 15 min late. It would put me in late but not AS late. So I did that. I emailed my AirBNB host and told them I would be a little late and not sure when exactly.

You see they are meeting me at the apartment. Not the type with the self check in and all the information written out or in some cases, with multiple helpful videos to show you how to work the locks, the hob, the heat, the shower etc. So you just walk right in and live your life.

I look around, ask some people. It’s Friday they say and shrug their shoulders. Why oh why would we service incoming trains with taxis? Joie de damn vive and all.

Coincidentally I didn’t have any data service. Patchy at best. Probably the rain, maybe. So I stand beside the station to catch the free wifi and order an UBER. Then I get a call from an unknown caller. “Hi, when will you be at the apartment?” I tell the man that I can’t get a taxi, there is nothing here and I am effectively stranded. “Oh, ok. Can you tell me when you’ll be arriving?”

So I wait for UBER. I explain in detail where I am standing. I can “see” him coming. He’s 2 minutes away for about 5 minutes. I communicate to him some more. He communicates back. 20 minutes passes. He cancels. FUCK. Then I get a notification that I have been charged €6 by UBER for THEIR inconvenience. FUCK. And fuck again because now I’m out of options. I have a homeless man to the left of me. And homeless man BELCHING to the right of me, a drunk woman dancing in front of me and no options.

Then as if he were the cavalry on a white horse, a taxi comes over the hill and descends towards me. He stops. He opens his door. I burst into tears. Then I show him the address and he tells me he can’t take me there because it’s in the old part of town and he can’t drive to it. Now, be clear here, all I have is a street address. This little tidbit was not communicated to me at all. No one mentioned I might get dumped on the outskirts and have to walk in. “Have a map handy.” No messages like that.

Then the mystery no name man calls back. “Yeah when will you get to the apartment?” “Um, when will you fuck off?” I put him on the phone with the driver. They talk and the next thing I know the driver just says “Fine. I’ll take you there.” So we go. Down streets as wide as the car, packed on either side by smoking French people joie de viving. Pew Pew Pew they bounce out of the way as we pass their street side cafes.

FINALLY we arrive, the man drops me and my corpse bag and I’m standing on the street at the apex of 4 streets, with drunk, smoking people everywhere, and all I have is the number. I spin in circles. WHY is the man who JUST called me not coming to street to get me? I ask people, no one knows. I’m just standing there. No information. Nothing.

What the fuck? I look at my phone and see this message:

“Hi Kathi,
You will be able to perform a self checki-in 🙂 Leslie has left the keys in a restaurant just in front of the accomodation L’Amuse Vin – Bar à vins & tapas (by the way if you want to try it it is delicious !). They know you will collect the keys so you just have to ask them 🙂
Welcome home !”

FUCK. I can’t find the damn door to begin with and now I have to leave the corpse in the street, go in to this bar, find the keys. I pull up the bar, look at a woman and burst into tears again. She says “Kathi”.

So she hands me the keys. “Can you at least tell me what door it is?” “Do you have an apartment number? Do you know what floor it is on?” Self guess in, indeed.

They point at a door that is not, by the way, on the street it is meant to be on. They don’t know the apartment number. Why is this information not clear as a fucking bell right now?

As I’m leaving the small bar, a woman gesticulates and the burning end of her cigarette lands squarely in the centre of my face. I said “fuck”, but she doesn’t speak English so she probably thinks I called her a seal.

I open the mystery door to a long dark hallway. I check email. Nothing. I ascend 21 steps with the dead body and start trying locks. No love on the first floor.

That was 3 days ago. Friday night. Its Monday now.

Don’t trouble yourself. Do not come to me under any circumstance. Stay, sip your coffee in the cafe. I’ll be fine.