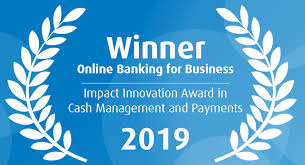 I’m taking a memoir writing class. I am so far behind on my homework that I haven’t actually done any. The timing was originally really good for me and then things happened and it all went to shit.

It turned out that all the classes have fallen within the period when I was packing up Canada and transiting back to Morocco and then trying to claw my way out of some of the worst jet lag I’ve had in a long, long time.

I fully intend to do the work. I really do. I relish it. To date, by pure osmosis, I have learned a few really cool techniques to which I was ignorant prior to the classes.

In order to convey this next installment of “my life in bizarro world” (a.k.a. Morocco) I am going to practice one of the techniques I have learned. The technique is this: don’t directly characterize a person/ thing /situation, but instead to just lay out a scene and let the reader come to their own conclusions.

I can think of no better method to convey what has unfolded in my life as it relates to banking. I’m going to do in bullet points because it’s banking.

Salient Points To Keep In Mind:

I have two bank accounts in Marrakech with a French bank. I have had those accounts for the better part of 4 years. One is a personal account and one is business account.

For 3 of those years, I received 2 bank statements by mail, one to my home and one to my “business address.” My old accountant picked up the business ones.

I changed my business address to my home address because (long ass non logical explanation that would cause you, dear reader, undue stress and bald spots and so let’s just agree to accept this fact at face value).

After this change, I stopped getting ALL bank statements. None. Every month I would go to the bank, head upstairs to where the friendly people sit, have them print my 2 statements, tell them the most curious fact of non delivery, have them check that my address on file was indeed correct. Wash, rinse, repeat next month. FOR A YEAR. In fact, if I utter the words, “Guess where I’m going?” I can name at least 3 people that will answer, “the bank?” 100% of the time.

Every morning at precisely 8:31 am, I receive a text from the bank with a summary of my business account balance and recent transactions. So I always have that balance information which is helpful. But.

If someone sends money to either account from outside, I have the option of going to the bank machine and select “mini-reve” from the options which spits out a little receipt summarizing the last 5 or 6 transactions. However, if I don’t see the new deposit, I can go inside to where unhelpful people sit, and they can look at my account and tell me “yes, you received that money.” Getting the name and exact amount is not offered without some begging. It apparently takes 9 – 37 business days for the information to be conveyed to the bank machine. (But WHY? screams my inner Canadian).

I have tried to gain access to the banking app on my phone. I love a good app. My friends have apps that allow them to check a number of things on their phones. I just kept getting a message that I needed an access code. It was in vague French so once a month for about 4 months I would try and abandon with no success whatsoever.

Also related to this odd tale, I used to be able to pay my electricity and water bills online, using my VISA card. It was genius and convenient and I loved it. A lot. Even though VISA would tag a fraud alert EVERY FUCKING MONTH, when I accessed the same website, using the same VISA, to pay the SAME bill so that required coordination with my “contact” in Canada to hit “Y” to the “is this you” text that would come to her. So I could never pay my bills before 2 pm lest I wake my friend with a text from the bank.

When I lost this ability I had to go back to the routine of finding the nice man in my building who will pay the bill for me, give him cash and my bill and send him off with a little extra to keep. It’s a long process and does nothing to better the world. When I ended up adding another month to my Canada trip, I had to phone a friend to get the bill, find the man, pay the bill….. see. No good.

Additionally, don’t even start on the complete inability of ORANGE to know when I have a bill due, issue a bill (impossible), or to accept payment for my home internet.

I was in Canada from December 10 to February 10. I had a friend pay my electric bill. I had my accountant go to the bank and ask for my statements. (He texted and said, “they are very helpful upstairs.”) I had prepaid my Internet bill to cover the period thank goodness. Lest ANOTHER landfill autrocity occur.

Upon My Return to Morocco:

I checked my mail and found the following:
– A Christmas card from the McKenzie’s (thank you Lynne)
– One bank statement, for my personal account
– One letter from bank head office in French and Arabic with a giant CODE written on it
– Two months of RADEEMA bills (water, electricity) Only one was outstanding.

Here’s What Went Down In The Town Today:

– My bank statement……WOW!
– I was able to access the banking app with the appropriate code!
– Inside the app I was able to pay my water bill! Followed by my electricity bill!
– I might be able to pay my Orange bill one day by app, but first I need some weird code. From who? Where? No one knows. But the possibility remains aglow on the far horizon.