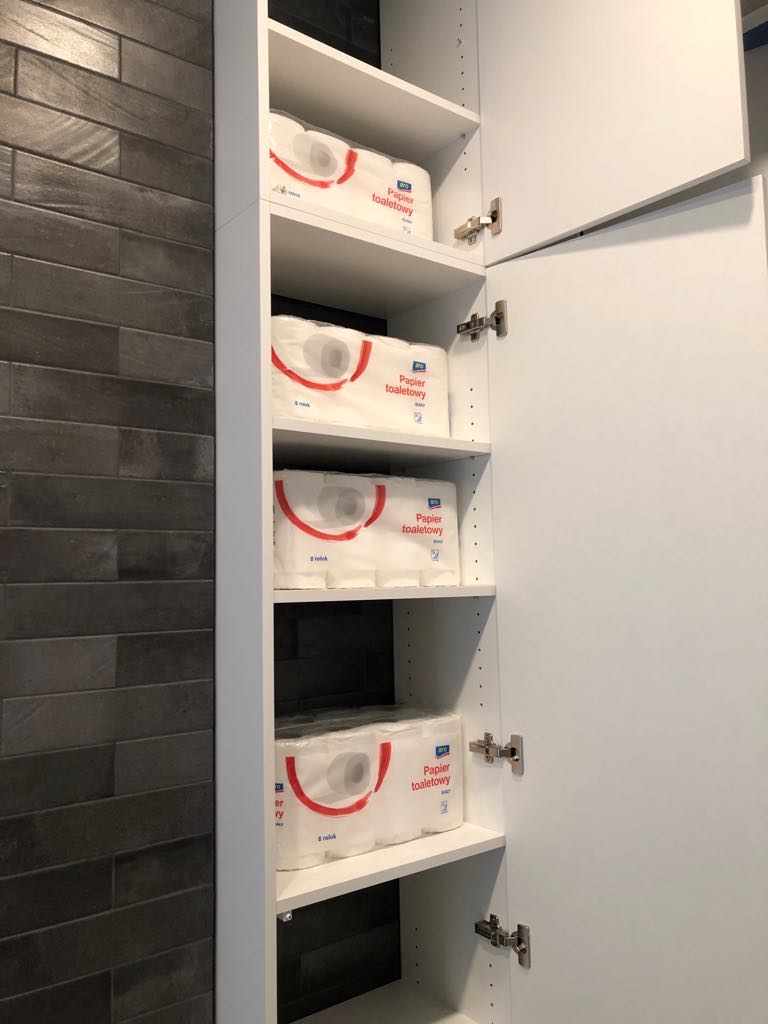 Living Under Lock Down in Morocco

Amid the Covid-19 outbreak I am choosing to stay in Morocco. A lot of you have asked about my plans and some have encouraged me to get to the airport for a flight home. Here’s why I am staying put.

I was recently travelling in the Netherlands and when I came homevfrom that “hot zone”, I began self isolating for the prescribed 14 days. Sort of. I am technically inside until March 27th but that just means I need to now rely on others for supplies and I am very conscious of not spreading my germs, rather than actually getting them.

I have everything I need here: a comfortable home, all my things, my home office, Internet, TV set up, all the electronics. I have food stores and supplies like medicine and supplements, personal care items and so on. I have community here, to give and take help from. There are familiar faces around me and access to a saint of a local doctor.

To leave now would put me in contact with 2 airplanes and 3 airports which seems like a needless risk. I would potentially be taking up a seat from someone who doesn’t call Morocco home, and for whom being here long term would be uncomfortable.

When I arrive back in Canada I would be going back into isolation again. Someone would need to bring me all the things (this has never been a concern in the past, but… tough times).

I would have to find an AirBnb to rent for a minimum of 14 days because my apartment there has been stripped to the studs. There are some things I am willing to subject my friends to, like my singing voice and warped sense of humour, but I think bringing back two days worth of International germs during a pandemic is crossing the line.

Additionally, Morocco is taking this situation very seriously. FAR more seriously than Canada has been and is. So staying here is the path of least resistance. For now. I might change my mind in a few months. But based on all the information I have right now, thats my plan.

I have been experience low grade anxiety. We all have. Processing this whole thing has been a rocky fucking ride. But processing on a national level has been much faster here than in North America.

When I left for the Netherlands, I was going on a pet sitting mission from March 8th -27th. I had some travel to Antwerp baked in. After I had checked in for my flight, I learned that one of the two “parents” was not travelling due to worry over getting trapped in quarantine.

Because back in early March (I mean, last week), our concern was not for getting the virus as much as not being able to return if someone on the plane fell ill. The cost of quarantine abroad played a big role.

I continued my journey because my plane ticket was not a small amount of money. Had it been a €56 Ryanair flight I would have walked away. But it was not. So I went. I was very kindly invited to stay in the Hague at my friends house, and I did that.

I made plans to move on and go to Antwerp for several nights in a private apartment set up, where I would have been fairly isolated and I felt good about that choice. I moved up my return flight to the 20th. My goal in doing that was to buy myself 90 days where I didn’t need to travel outside Morocco, in case that become impossible. At that time, on that day, it was a reasonable goal.

Then I heard that Madrid had cases go from 300 to 1,000 overnight. The Netherlands wasn’t concerned really. Not a lot of measures in place visibly except Starbucks at the train station wanting “tap” payment only.

But I was reading a lot and getting a lot of information and I was getting concerned. I changed my mind 500 times in the course of 24 hours. I worried and weighed options. I finally decided I was just going home. I ended up arriving back in Marrakech the day before Morocco closed the borders to people arriving from the Netherlands.

That does not mean my flight wasn’t completely full. I would say 20 Moroccans and the rest were Dutch holiday makers, going about their day as if not a care in the world. Seriously. All of them would have to pile on to very limited return flights just two days later.

I have to admit, after much discussion and soul searching, I did make a few trips to the grocery store. I obsessively washed my hands and sanitized. I kept my distance. But I needed some food in the house so I could stay in for the long term. Back in those days (9 days ago) it didn’t seem like such a sin. I was doing my best decision making with the knowledge I had at the time.

I did tell anyone who would be wont to visit me that my door was closed. There would be no one coming, going or staying for a long period of time. Every man for himself. I am not going to be responsible for introducing my germs into the families of loved ones.

I have to say that while I have lived in this country for a really long time, and I have written extensively on the systems that are broken and the lack of logical thinking and planning, I am 100% blown away at the response by Morocco to this danger at its borders.

The King and his government have done every single thing right. They were very quick to close the borders. They were very quick to close the schools and cafes and restaurants. They issued broad news statements about a boat load of funds that would be made available to help people, especially those in tourism because we were the first ones to lose ALL OF IT. All the business evaporated in a matter of days.

They waived electricity, water and Internet bills. They made sure there was a constant restocking of grocery items and to reassure people that supplies were plentiful. They closed the mosques. They shut down swiftly and surely and in turn the people processed, bit by bit, the changes that were coming.

Last night at 6pm the whole country went into a military enforced lock down. You have to have a certified document (with a stamp from the boom-boom room) to go to the grocery store or pharmacy or work – if you are lucky enough to be needed at work. But the boom-boom room stamped the papers and sent them to our doors this time. Social distancing + outstanding organizational skills. Weird.

The tanks rolled into towns across Morocco. There are police and guards everywhere, reportedly. I don’t know for sure because despite having my paper, I still won’t leave my apartment block for another 9 days.

I remain terrified for North America. Politics and politeness have no place in this crisis. I get that its harder over there. Nothing has ever happened on North American soil, aside from 9/11, that limits civil liberties. In Europe and absolutely in Morocco, the people are constantly reminded of the hardships of war and oppression. Of soldiers marching through. Of shortages, and shutdowns, and confinement. It’s closer to reality for so many people. Morocco especially is not a stranger to oppression by the government. They are not opposed to being told what to do. So it’s ok. They all came to understand the reality pretty quickly.

Morocco also knows its limits. The government here didn’t need 5 minutes or a PhD in civics to recognize a medical system and population that could easily be overwhelmed and overrun. There is no room for error here and they have left none. Which I think is absolutely outstanding. My personal regard for the actions of this nation is very high.

North America is another issue. We have the same population as Canada. 36 million. And still I see social media posts of people on the golf course, or holding up a Starbucks (take out only of course), and don’t even get me started on the criminal negligence of EB Games releasing a video game that people had to line up for – to fend off boredom.

And it’s not just there. Australia went ahead with a massive music festival days after the NBA, NHL and other sports leagues cancelled their seasons to avoid crowds. Absolute insanity.

STAY
THE
FUCK
IN
YOUR
HOUSE

Italy is an example and so is Spain. They are reaching in the most graphic and blunt ways possible. LISTEN. Don’t think that because of your language, your income, your position on the globe or your level of fucking boredom, that this won’t affect you. You have to stay home to stop the spread of this virus.

Your health care might be free, but it’s not made of miracles and star dust. Do not contribute to the overwhelm of the system. Do not think you don’t have the virus because you don’t have symptoms. If you go out and give it someone – they will take it home to their loved ones.

STAY THE FUCK HOME. We are all literally in the same boat. We can, and will, do this because we have to. There is simply no other way.

And turn off the news for long periods of time. Those people are interested in nothing more than scaring the shit out of you.